A friend of mine asked me if I were interested in shooting their wedding. Obviously I didn’t want to turn down such a great opportunity and agreed immediately. I did have one doubt though: timing. Everyone living in Finland knows that October means rain and cold weather. I had shot a few weddings (including my own!) before but this was the first time I got paid (well) to do it.

As the date approached we sat down to discuss what the couple wanted. We decided to play it safe and take the official wedding portraits week before the ceremony itself – if the weather allowed. And it sure did! It was close to +15 degrees (Celsius) and not a single drop of rain seen. I call it fate. 🙂 Even though the weather was exceptionally warm you could see goosebumps in some photos and the groom did get a flu the next day. But I guess that’s the price you pay when you do a wedding in autumn here in Finland…

The shoot itself was a lot of fun. The wedding couple enjoyed it as well and it definitely shows in the pictures. We shot in 5-6 different locations and took lots of different kind of pictures. I did end up delivering over 100(!) pictures to the couple and all of them were something that could easily share in public without hesitation. I wouldn’t normally give out so many pictures but I wanted to do my very best to make my friends happy about the photo shoot / results. And they were happy. Really happy. 🙂

All the pictures were taken with Olympus E-M5 cameras using either Olympus M.Zuiko PRO 12-40mm f/2.8 or Olympus M.Zuiko 75mm f/1.8. The off camera flash used was a Godox TT685o (with a softbox disc on top).

Here’s a few examples from the shoot (and the full album can be found here). Some photos can also be seen at my brand new Facebook page. Photos from the wedding event itself can be found below the portraits. 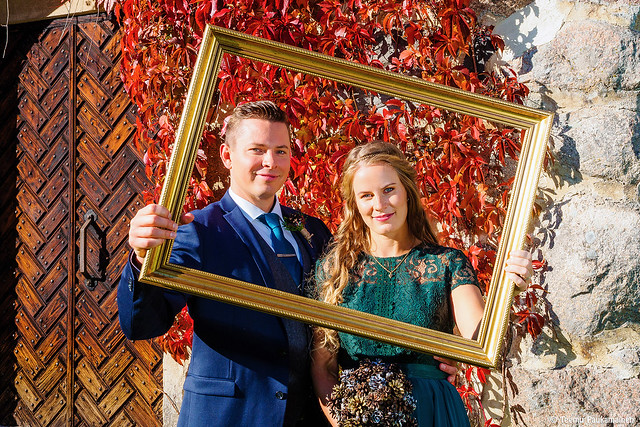 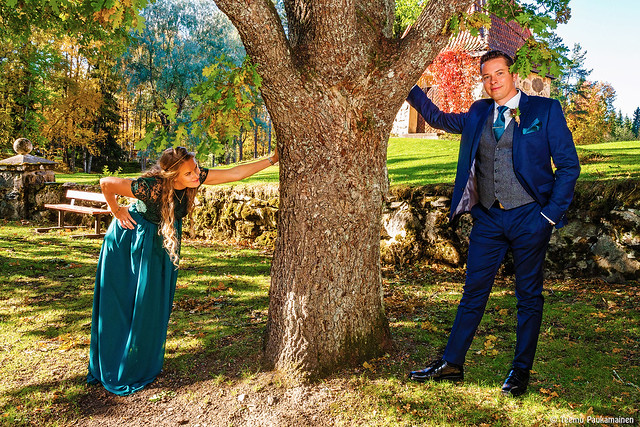 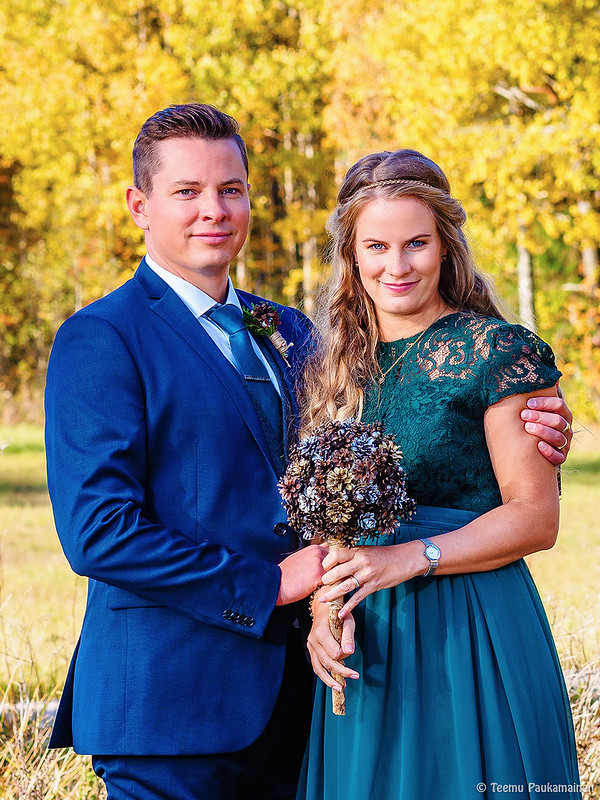 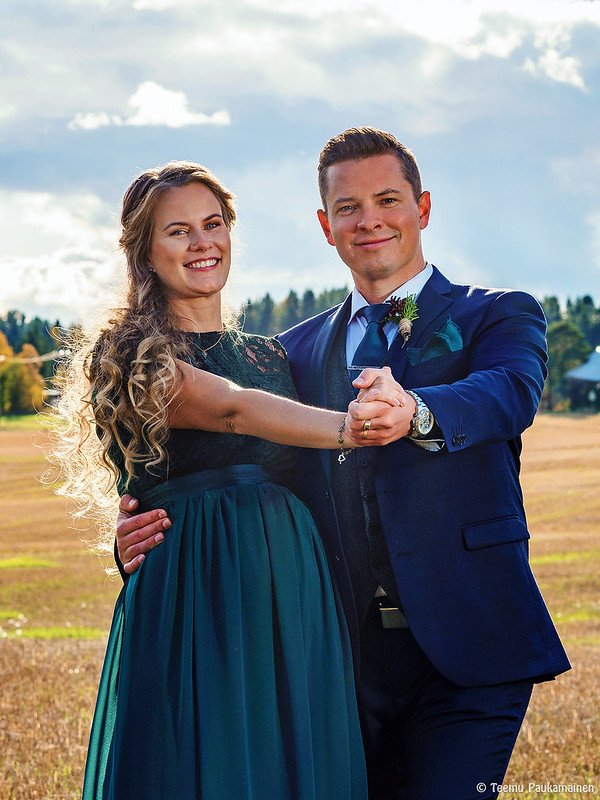 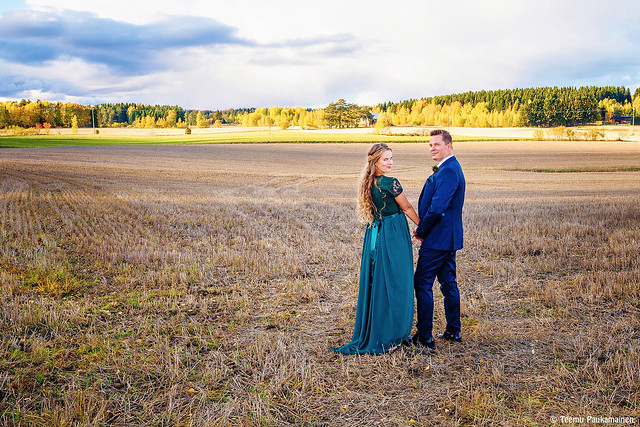 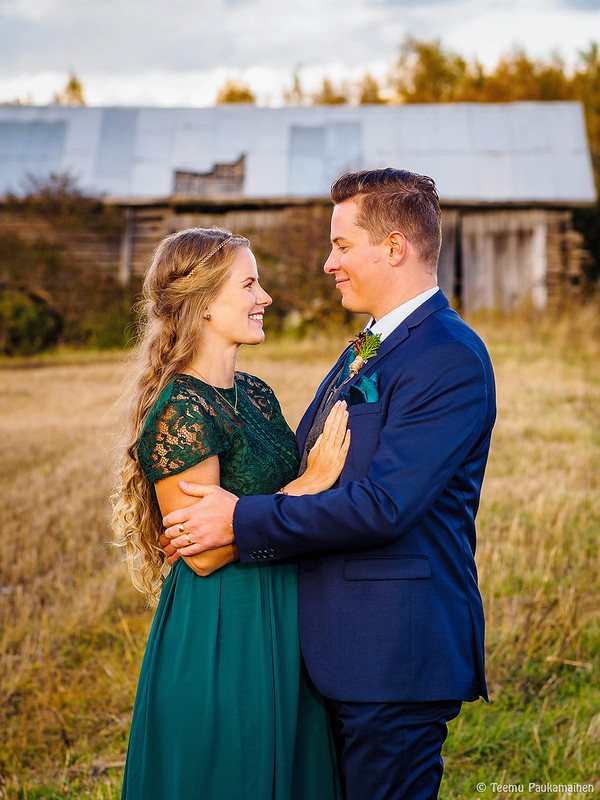 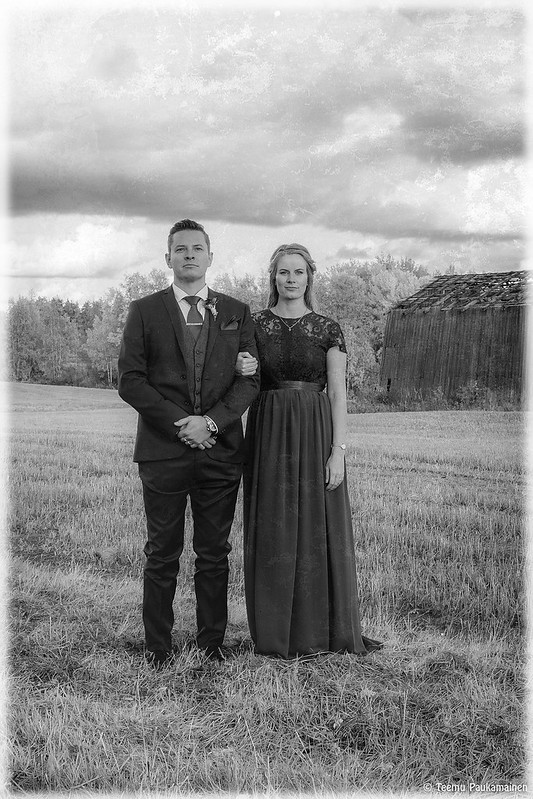 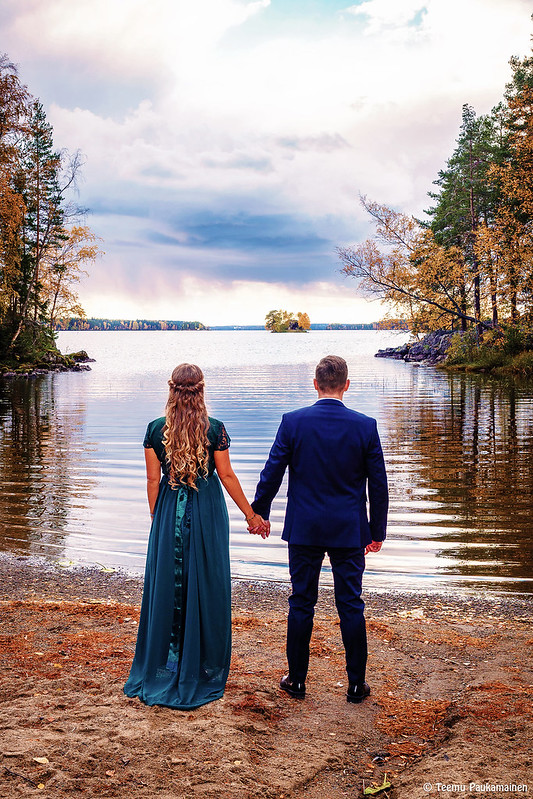 Since I feel weddings are private events and I like to take lots of candid photos of the guests I don’t think it’s appropriate to share them publicly. So I will only show a few shots taken at the church with the wedding couple in the main role. 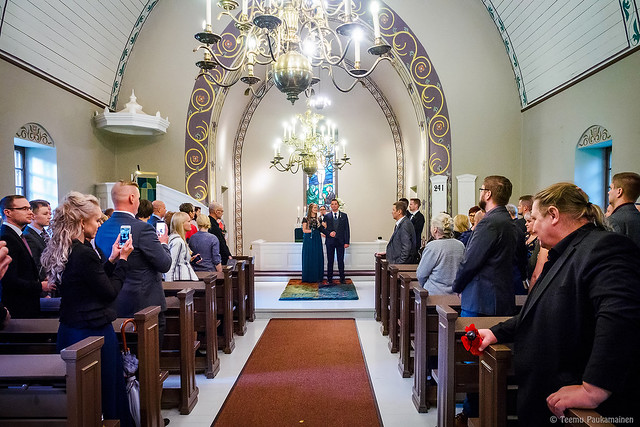 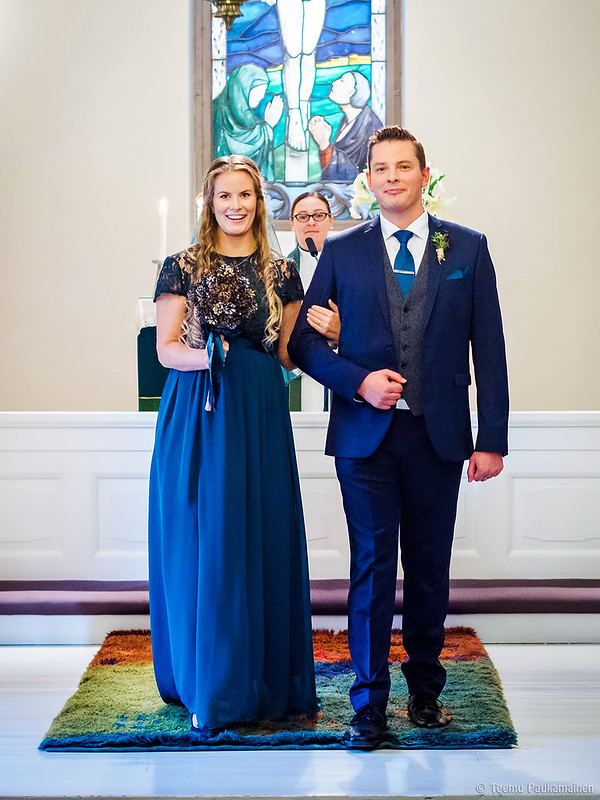 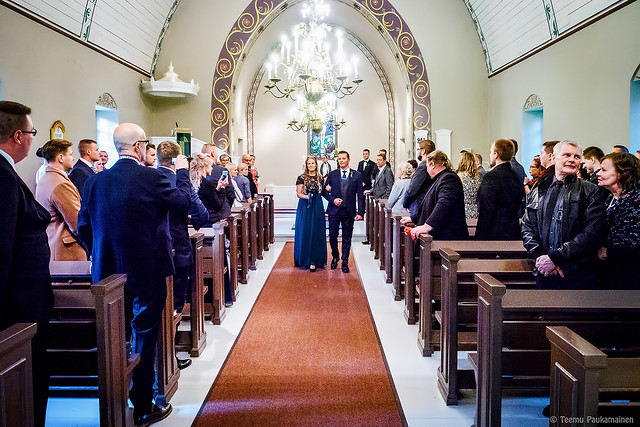 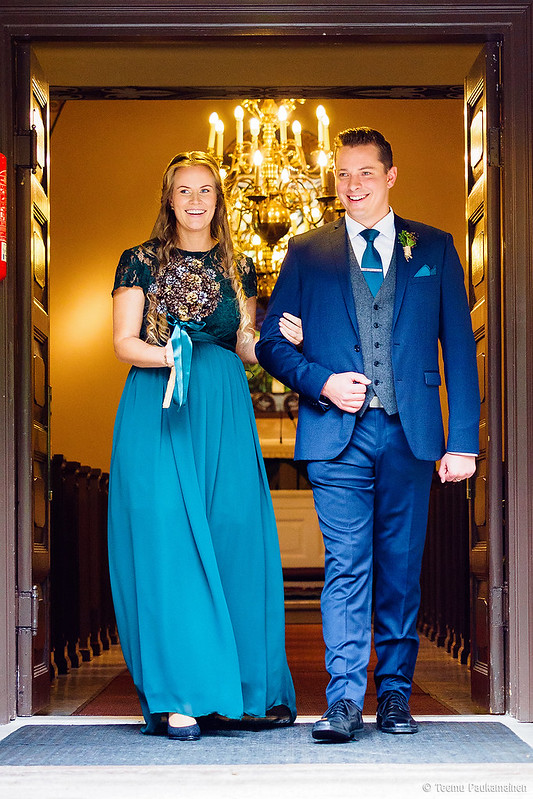 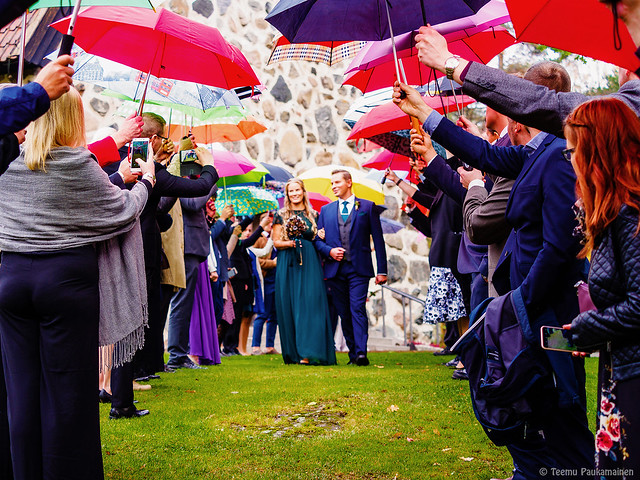 ^^ Yes, the focus is on the camera phone and not on the wedding couple – and yes, it was intentional. 😉 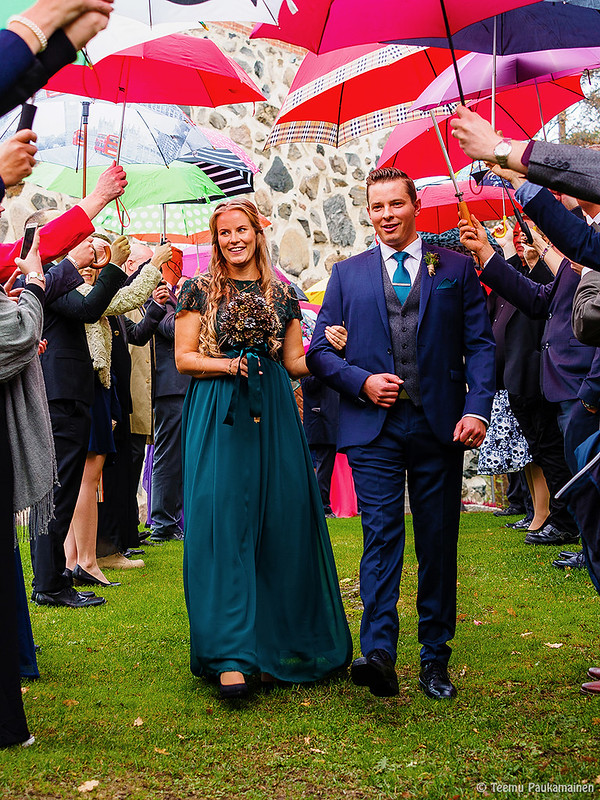 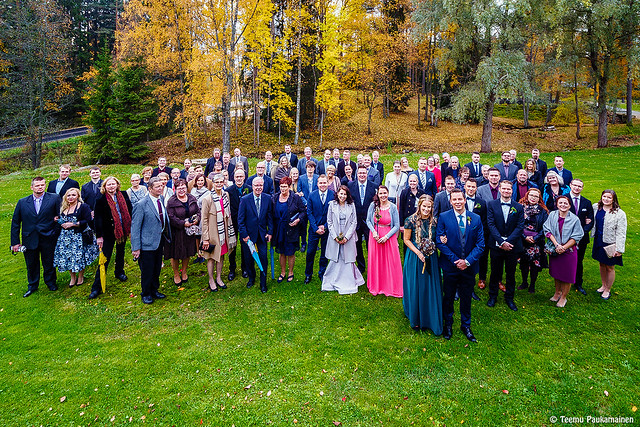 ^^ As you can see my widest lens allows me to capture a bigger group in one shot – which can be pretty useful in events such as this.